During the spring semester the master’s course Scientific methods in freshwater ecology is given at Karlstad University. The course is held by researchers from the NRRV research group, and is included in the master program in ecology and conservation biology at Karlstad University. The course is available for distance students, and most students on the course live in other places in Sweden than Karlstad. We also have international students on the course, this year from both Europe, North America and Africa. In 2018, some parts of the course were carried out together with a visiting student group from Northern Kentucky University.

Here follows a report of the field and laboratory work carried out by the students on the course in 2018.

The first practical session started Monday 24 April, and focused on fish tagging and laboratory studies. The week started with Professor Erik Petersson from the Swedish University of Agricultural Sciences (SLU) having a lecture on ethics and legislation concerning animal experimentation. Thereafter the students had practical training in fish handling and sedation. The following days were spent at the laboratory facilities at Karlstad University, where students practiced different methods for tagging fish. The students also conducted experiments in the stream aquarium laboratory, where they examined how the drift-feeding behavior of juvenile brown trout changed in the presence of a predatory fish. This gave the students an opportunity to plan and conduct a laboratory study from the beginning to the end.

After the laboratory session in Karlstad, the week continued in Mörrum in southeastern Sweden. The course was given a tour of the area and shown remedial measures to facilitate fish migration in the regulated river Mörrumsån. In addition, the students conducted a field study where they looked at downstream migration of Atlantic salmon.

Laboratory experiments in the stream aquarium lab at Karlstad University.

A month later, a second course gathering was held in Karlstad, this time focusing on benthic invertebrate sampling and electrofishing. This course module was carried out together with a visiting student group from Northern Kentucky University. The first day was spent at river Rannån, where students learned different methods to measure abiotic conditions in running waters and how to sample benthic fauna. The second day was spent at river Djupedalsbäcken where the students practiced electrofishing, which resulted in that all students on the course became certified electrofishers. Electrofishing is the most common method used for monitoring fish populations in streams. Therefore, it is a valuable skill for people interested in pursuing a career in stream fish ecology. 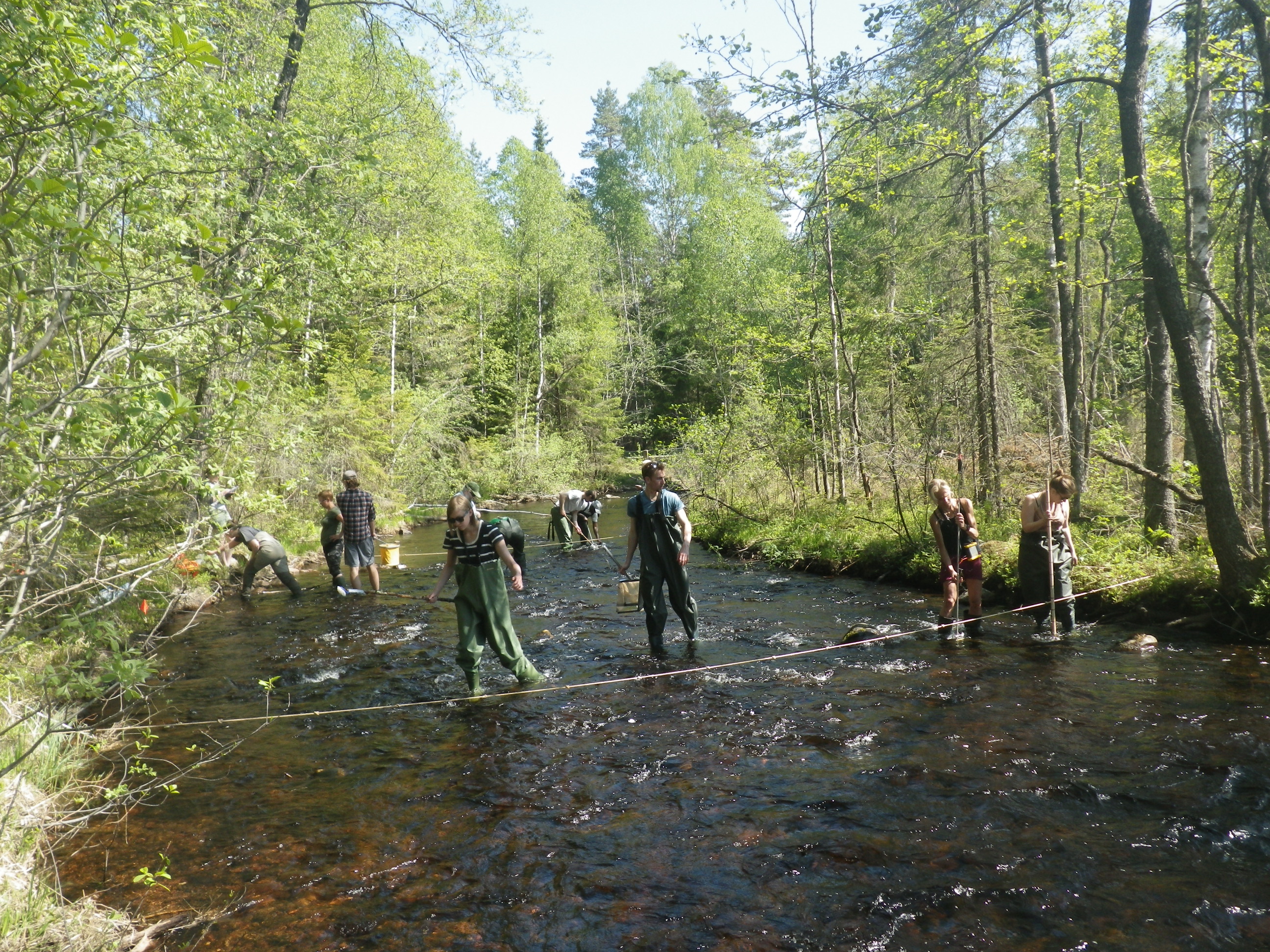 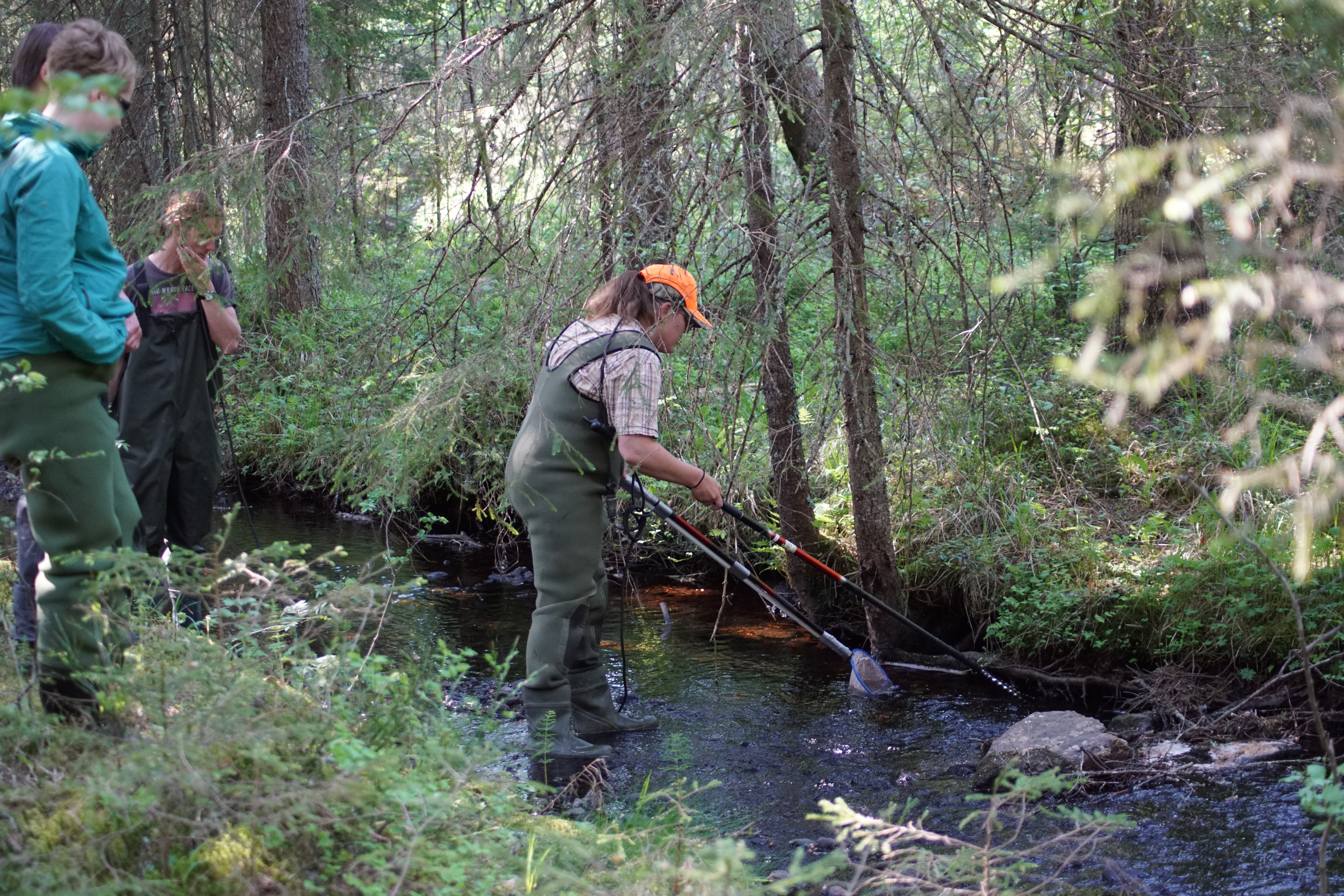 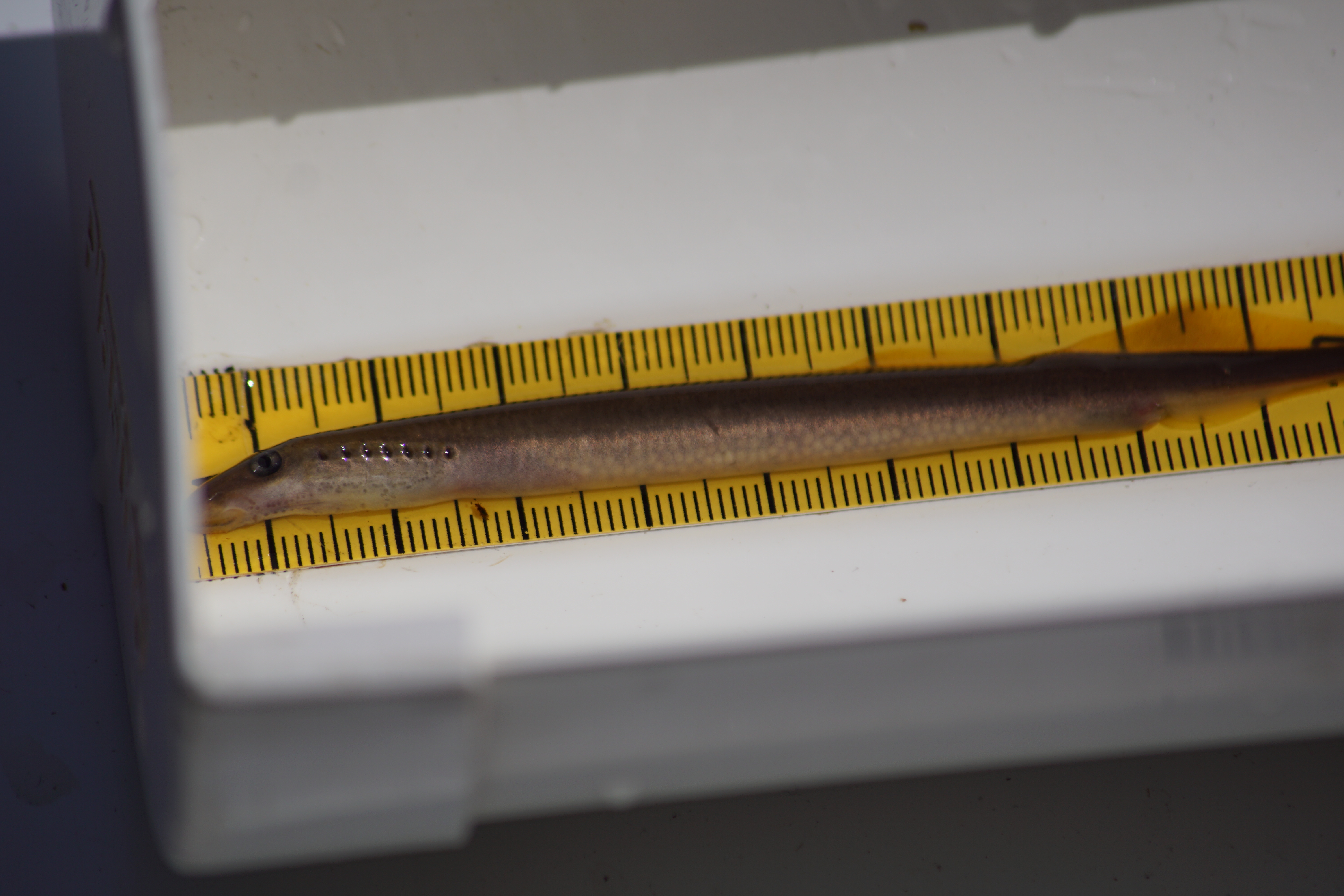 A brook lamprey (Lampetra planeri) captured during the electrofishing. 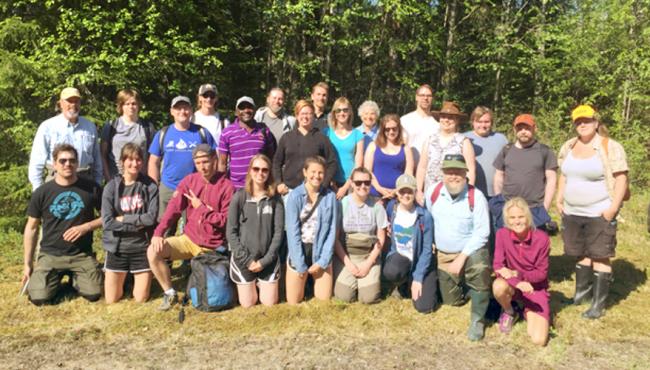 Teachers and students from Karlstad University and Northern Kentucky University at the electrofishing site.