Fishpassage in the Segura River

Last week I visited Murcia and a fish migration project in the Segura River. The Segura River is one of Europe’s most regulated rivers with a multitude of dams and water abstractions (for agriculture in hot but dry conditions) as well as interbasin transfer of water. It also receives a heavy nutrient load and many exotic species have invaded its waters. During later years, water quality has improved and, as part of the LIFE project Segura Riverlink, improving longitudinal connectivity for local fish species is now on the agenda. Several fishways have been or will be constructed, both vertical slot fishways and naturelike fishways, and at least one migration obstacle has been permanently removed. The target species for the efforts is the Andalusian barbel (Luciobarbus sclateri), a fish that typically migrates within the river system. Read more about the project in this LIFE-folder. 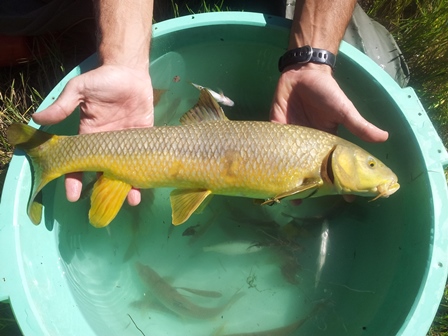 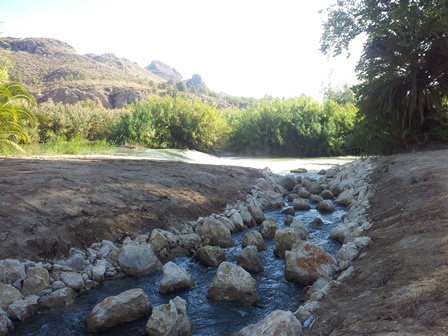 A newly constructed naturelike fishway in the Segura River. 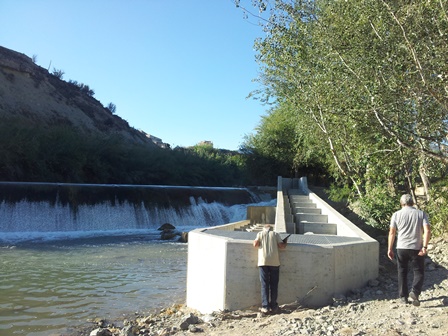 A vertical slot fishway in the Segura River. 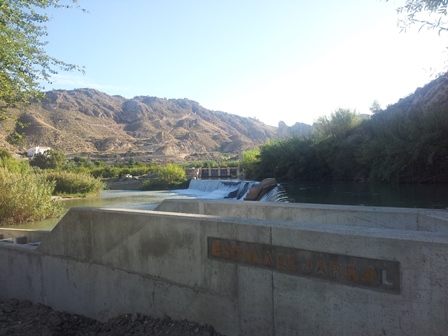