Ecology and Evolutionary Ethology of Fishes 2018

In June 2018, The Ecology and Evolutionary Ethology of Fishes Conference was held in Montreal, Quebec, Canada. Eva Bergman and Larry Greenberg from Karlstad University attended the conference, and participated in a symposium on the ecology of landlocked Atlantic salmon. You can read the abstracts from their talks here:

Populations of migratory salmon and trout have worldwide shown a decline due to human activities. Over the years numerous measures have been undertaken to maintain these populations, and conservation of migratory salmonids requires understanding of their ecology at multiple scales, combined with assessing anthropogenic impacts. The regulated River Klarälven and Lake Vänern host endemic populations of landlocked Atlantic salmon (Salmo salar) and brown trout (Salmo trutta). The historically high abundances of the salmonids in the River Klarälven in the early 1800s have decreased dramatically, reaching all-time lows after the completion of nine Swedish hydroelectric power stations in the 1960s. After an extensive stocking program and transportation of spawners past eight hydroelectric plants, catches from commercial, maintenance and sport fishing have again increased. Recently, increases in the proportion of wild salmon returning to the river have generated interest in establishment of wild salmon inhabiting the entire river, including upstream of the Norwegian border where they historically occurred. How well are we equipped to meet these new goals, taking into account our limited knowledge of the species’ different life stages, coordination between different actors involved in the conservation processes, and our skills to communicate and understand everybody’s role in this conservation process?

Repeat salmonid spawners may make large contributions to total recruitment and long term population stability. Despite their potential importance, little is known about this life stage for landlocked populations. Here, we studied post-spawning behaviour and survival of landlocked Atlantic salmon in relation to downstream dam passage in the River Klarälven, Sweden from 2011-14. Eight hydropower stations separate the feeding grounds in Lake Vänern from the spawning grounds in the river, and no measures to facilitate downstream migration are present. Nearly half of the salmon survived spawning and initiated downstream migration. Females and small fish had higher post-spawning survival than males and large fish. During years with high spill, 84% of the fish passed the first dam, mostly via upward-opening spill gates after a median delay of 25 min. During a year of low spill, 41% of the fish passed the dam, mostly through the turbines, where mortality was high. In addition, most fish approached the turbine intake near the surface. For all years combined, only 2% of the tagged fish successfully passed all eight hydropower stations to reach Lake Vänern. This result underscores the need for remedial measures to increase survival of downstream migrating kelts.

Lake Champlain: Our future is now 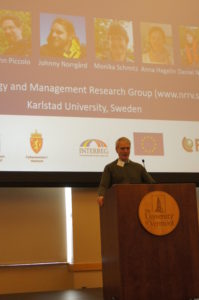 The Lake Champlain research conference Lake Champlain: Our future is now was held at the Davis Center, University of Vermont, in Burlington 8-9 January 2018. The conference covered a variety of topics, including climate change and native fish restoration. Larry Greenberg, professor at Karlstad University, was invited as keynote speaker at the conference and gave the talk “Conservation of landlocked Atlantic salmon in a regulated river: Taking a holistic approach.” Read more about the conference here. 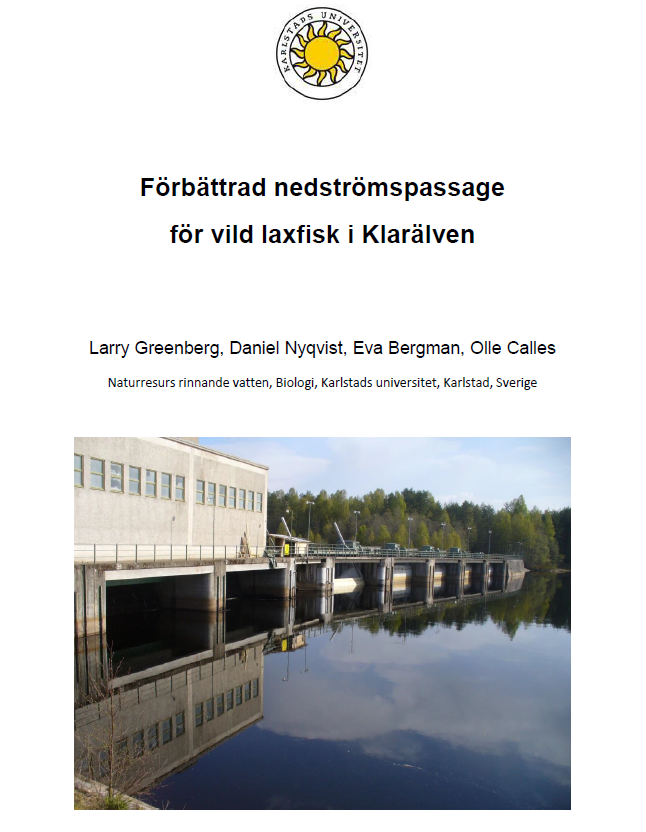 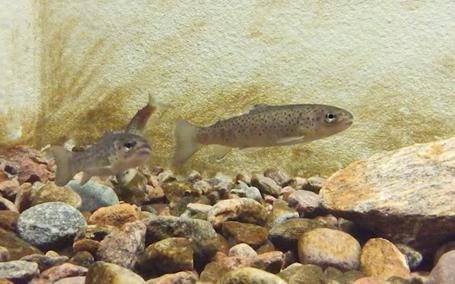 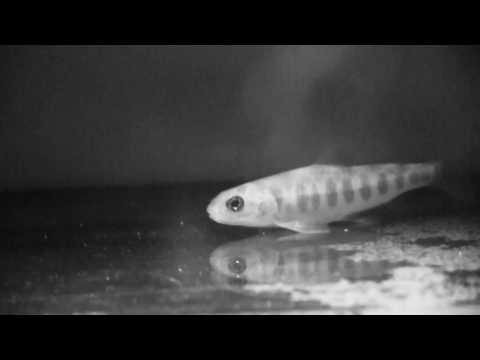 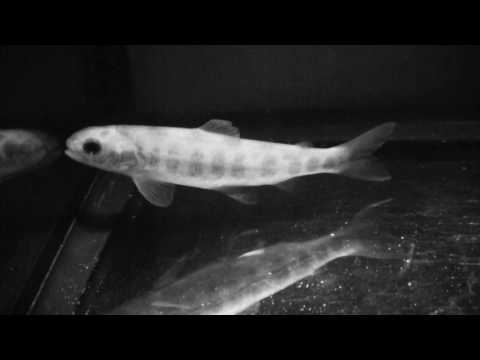 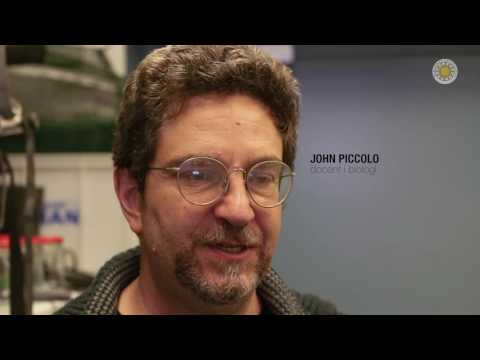 The hydroelectric dam in the study. Turbine intakes and bypass entrances to the left, open spill gates to the right. Photo from Google Maps.

In the abstract the authors write:“Passage of hydropower dams is associated with mortality, delay, increased energy expenditure and migratory failure for migrating fish and the need for remedial measures for both upstream and downstream migration is widely recognized. A functional fish passage must ensure safe and timely passage routes that a substantial portion of migrating fish will use. Passage solutions must address not only the number or percentage of fish that successfully pass a barrier, but also the time it takes to pass. Here we used radio telemetry to study the functionality of a fish bypass for downstream-migrating wild-caught and hatchery-released Atlantic salmon smolts. We used time to event analysis to model the influence of fish characteristics and environmental variables on the rates of a series of events associated with dam passage. Among the modeled events were approach rate to the bypass entry zone, retention rates in both the forebay and the entry zone and passage rates. Despite repeated attempts, only 65% of the tagged fish present in the forebay passed the dam. Fish passed via the bypass (33%), via spill (18%) and, via turbines (15%). Discharge was positively related to approach, passage, and retention rates. We did not detect any differences between wild and hatchery fish. Even though individual fish visited the forebay and the entry zone on multiple occasions, most fish passed during the first exposures to these zones. This study underscores the importance of timeliness to passage success and the usefulness of time to event analysis for understanding factors governing passage performance.”

Larry Greenberg and Eva Bergman, researchers at NRRV, would like to promote American Institute of Fisheries Research Biologists (AIFRB). The American Institute of Fishery Research Biologists is “an organization established to advance excellence in fishery science and to promote stewardship, sustainability and wise utilization of natural resources, through support in professional development and recognition of competent achievement of its members, as measured by the highest of professional standards.” Check out the institute’s homepage here.

Greenberg and Bergman last week also attended the 146th Annual Meeting of the American Fisheries Society in Kansas City, USA. They report on many interesting presentations and inspiring discussion. We program can be read here. 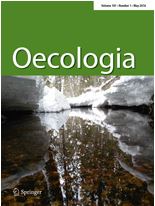