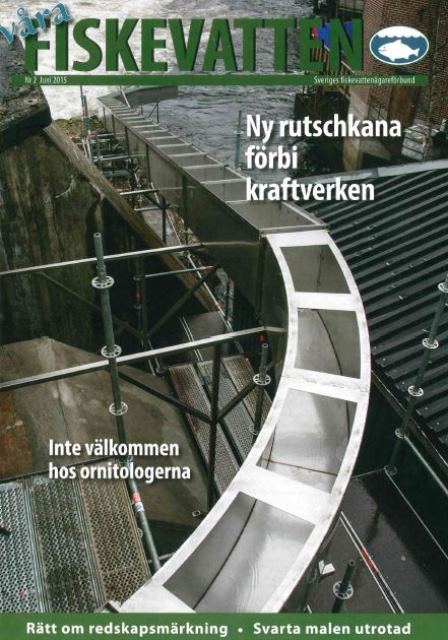 Waiting game continues as migration trap is tested to its limits

After being sited in Alstersälven for 14 days, the migration trap is still awaiting its first catch. The only thing caught so far, is leeches! However, we should be patient, as perhaps the first catch is just around the corner. Who knows..

After heavy rainfall on Monday night, the water level in Alstersälven rose an incredible 30cm. The knock on effect of the forceful water, and wooden debris  have pounded the trap which is currently ‘riding out the storm’. Certainly not favourable conditions for trapping as you can see from the comparisons of figures 1 and 2.

Figure 1: Optimal and typical water level in the summer months in Alster.

Figure 2: Indicating the concerning increase in water volume and velocity around the trapping site.

Hopefully the water level will quickly subside to enable a realistic chance of catching some eel elvers!

After the first capture was recently recorded of young eels in the traps in Ätran, a trap has also been constructed and placed into Alsterälven to try and assess if there is any upstream migration of juvenille eel ‘elvers’. Traps have not been placed before to research for the upstream migration in Alster so it will be exciting to discover, if, there is infact any migration via Vänern to the river.

Image 3 indicates the movements of water, and hopeful movements of elvers over the trap. The blue line shows the direction of syphoned upstream water down over the ‘eel matting’ to re-create a natural flow of water. The red lines show the potential movement of elvers up the slope, through the piping and into the collection bin.

The pink lines show true artistic talent of ‘life-like’ elvers crawling up ready for the drop into the collection bin.

The first night revealed no hidden jewels so maybe it a waiting game like waiting for Santa to arrive..