Trap in Halland is back in service!

During the last weeks we had some difficulties with our 3 traps in Skåne and Halland. First, we had to shut down the eel trap in Rönnemölla due to low discharge. Even if it was raining quite a lot, the water level remained very low. The lake upstream (Ringsjön) is regulated and they seem to keep most of the raining water in the reservoir without draining too much into Rönne å. The trap owner lives just by the trap and produces electricity for his personel use. If the water is too low she can’t produce electricity if the trap is in service. As long as they fill up the reservoir upstream, we won’t be able to run the trap.

In Halland it was the other way round. We had to open up the trap due to too much discharge. The river system (Skärhultaån) is really tiny and the trap covers the entire river width. If the water level upstream reaches a certain level the risk increases the entire trap and the old and rotten dam will be flushed away. Additional, the eels inside the trap would be harmed by the turbulent water. Thanks to the help of our friendly local supporters Aina and Håkan we could take the trap back into service on sunday! Håkan built a new “separator” (Picture 1) that devides the turbulent area of the trap from the area where the eels end up (Picture 2). The old seperator broke and the new one is much more solid and can handle more water and stronger velocities. Along with slighly decreasing discharge that new construction enabled us to take the trap back into service! 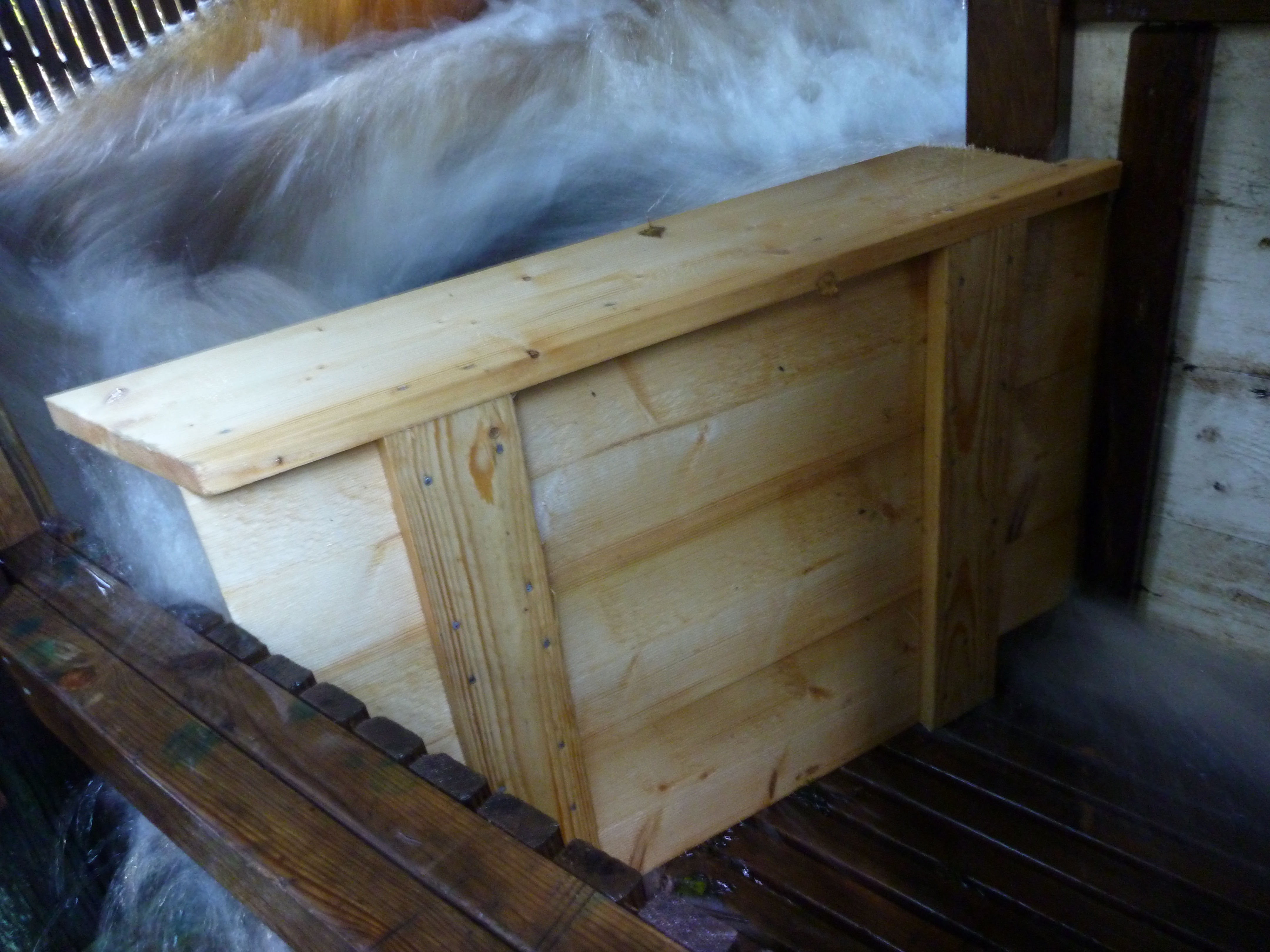 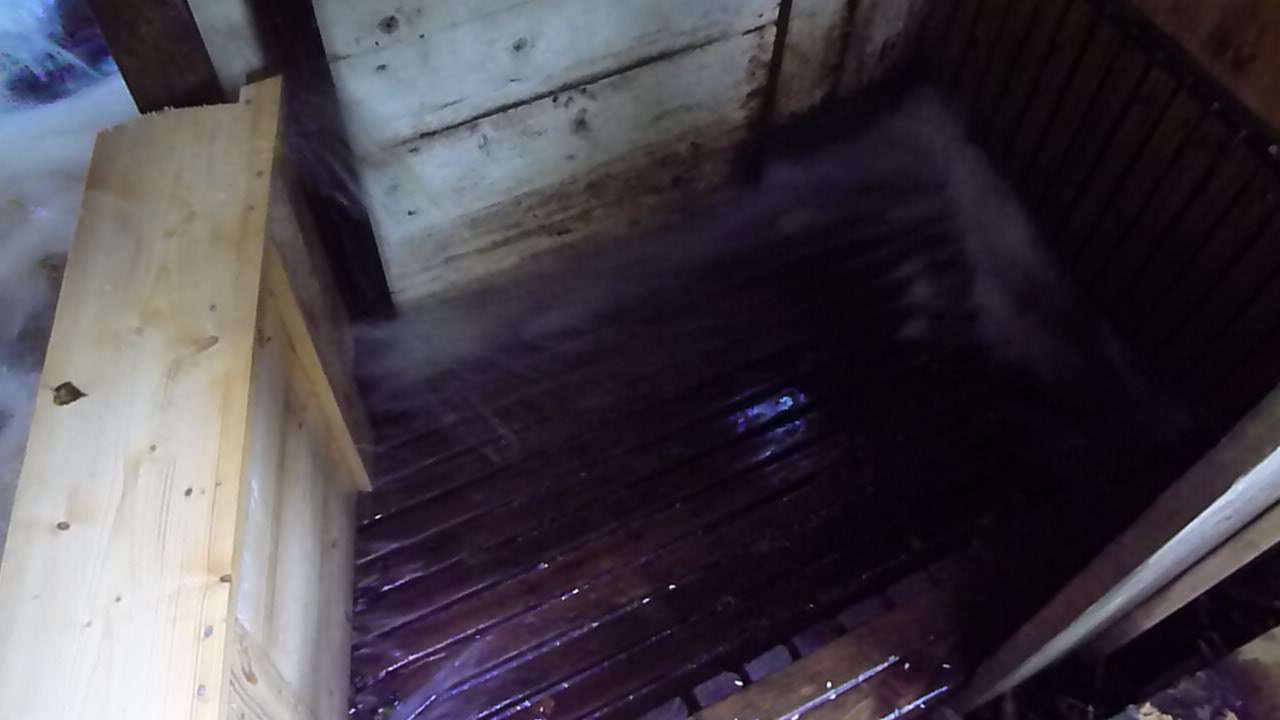