After several heavy rains during the last two days 19 eels entered the trap in Skärhultaån during the night. Nine days ago we tagged 13 eels with two different colour marks and released them at two different localtions upstream of the trap. The first group was released 0,5 km upstream, the second about 7 km. Surprisingly, we recaptured 3 eels last night but just one was from the nearby location. For a better understanding and deeper insights of the migration activity, we will tag and release more eels from today’s catches. 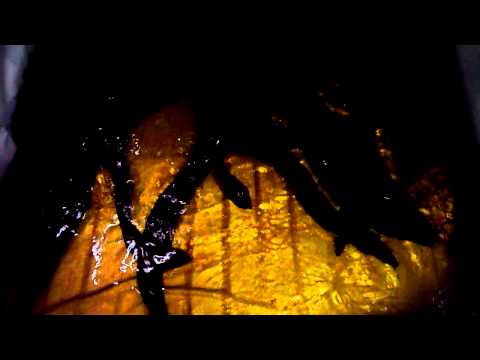