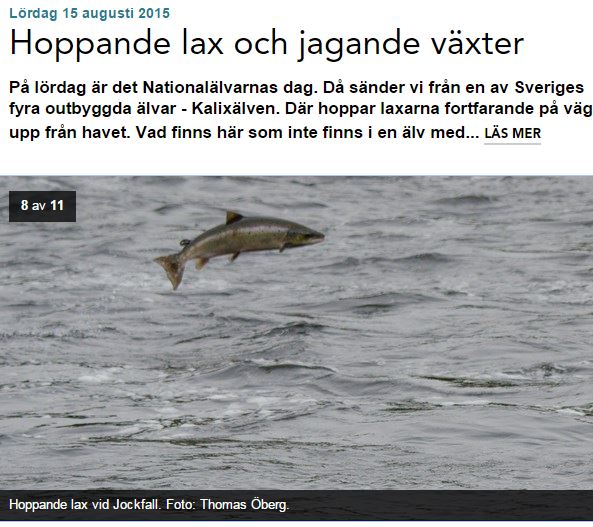 The River Torne, situated on the border between Sweden and Finland, and one of Sweden’s few free flowing rivers, is experiencing modern day record returns of Atlantic salmon spawners with over 100 000 migrating fish so far this year. There are also reports of relatively good salmon runs in other rivers in the countys of Norrbotten and Västerbotten in northern Sweden. In the River Kalix and the River Byske more than 6000 upstream migrating spawners have been recorded and the River Vindel is aproaching its 13 000th upstream migrant in the fishcounter at Stornorrfors Hydropower station.

Tougher fishery regulations in the Baltic sea as well as at the river mouths, reduced effects of diseases on the salmon populations and restoration work in the salmon rivers are factors that might have contributed to the increased returns. Even with this year’s encouraging runs there are widespread hopes of continued increases in the years to come. The farsighted may also bear in mind that the “records” and “good runs” are in comparison with the severely weakened salmon populations of recent history. 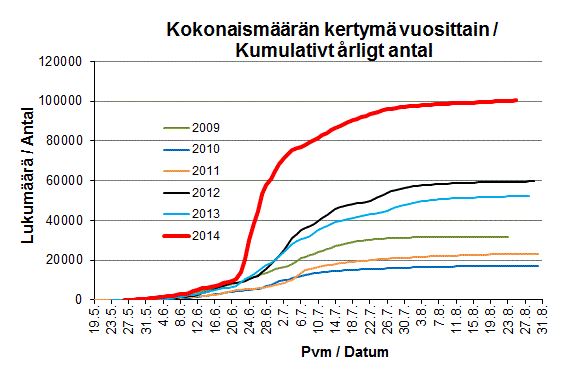 Upstream migrating spawners in the River Torne, 2009-2014. Data from www.rktl.fi. 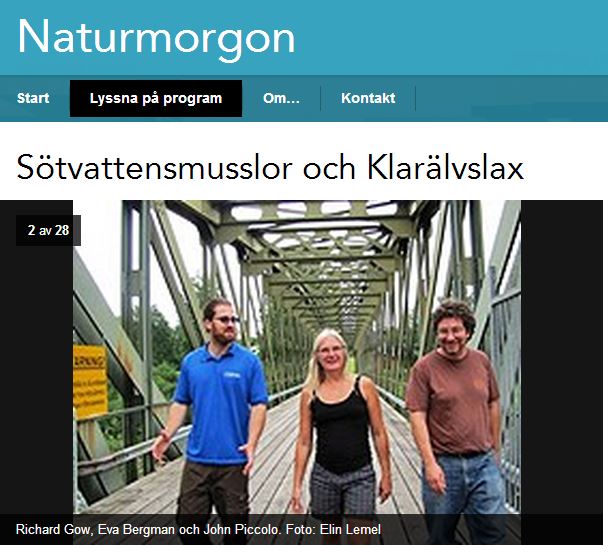